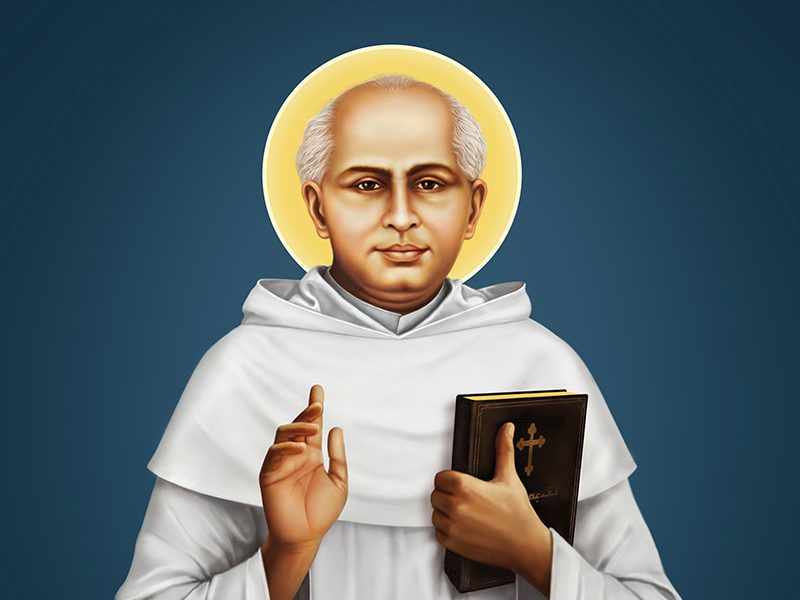 St Kuriakose Elias Chavara, the founder of the CMI Congregation and the guiding light and inspiration for all our endeavours, was born on 10 February 1805 at Kainakary, Alappuzha,Kerala. When he was 13, he joined the seminary at Pallipuram for his priestly training. On 29 November 1829, he became a priest.

St   Chavara was instrumental in founding two Catholic Religious Congregations – one for men, Carmelites of Mary Immaculate (CMI), and the other for women, Congregation of Mother of Carmel (CMC), for the spiritual renewal and all round development of the society.

Starting seven ashrams and a convent in different parts of Kerala, Chavara initiated a spiritual movement among the people of Kerala. Being a visionary, he realized that social change is possible only through education. Hence, he established the first Catholic Sanskrit School, a Major Seminary and a Printing and Publishing House at Mannanam. He directed that every church should start a school attached to it and encouraged children of even poorer sections to attend the schools by supplying mid day meal and dress for them. He initiated the attempts in the empowerment of women by establishing the first Boarding School for Girls at Koonammavu and training them in various skills and handicrafts together with academics. He founded a ‘Home of Charity’ to take care of the destitute, the beggars, the uncared, the sick and the old. He also organized the first voluntary charitable association in Kerala for self-help among the needy.

Even in the midst of such manifold activities, he found time to write several literary and spiritual books in prose as well as verse. A few among them are Anastasyayude Rakthasakshyam, the first narrative poem, Eclogues, the first collection of Dramas, and ‘Nalagamangal’ the first chronicle of history in Malayalam language. He knew seven languages – Malayalam, Tamil, Sanskrit, Syriac, Latin, Italian and Portuguese.

Essentially, however, Blessed Chavara was a man of prayer and great charity. He lived for 65 years and died on 3rd January 1871 at Koonammavu. His sanctity was officially recognized by the Catholic Church, when Pope John Paul II declared him ‘Blessed’ on 08 February 1986. He was officially declared a “Saint” in the Catholic Church on 23rd November 2014. Blessed Chavara is the heavenly patron of all CMI institutions.